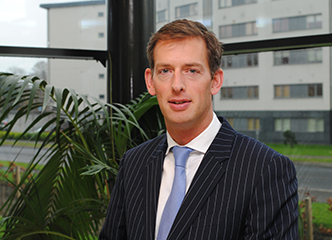 Dr Andy Franklyn-Miller completed his medical training at Imperial College, London in 1998 before joining the Royal Navy and serving with the Royal Marines. He commenced surgical training but transferred to Sports medicine and trained in the UK and Australia as the Royal Navy’s Consultant in Sport And Exercise Medicine. His final post before leaving the Military was as Head of Research and Director of the Centre for Human Performance, Sports Medicine and Rehabilitation at The Defence Medical Rehabilitation Centre Headley Court.
Dr Franklyn-Miller has worked as Team doctor to British Olympic Rowing, England Rugby, Melbourne Storm Rugby League and the New Zealand Black Ferns alongside work for UK Athletics, Australian Open Tennis and World Swimming Championships.
He has appeared on the BBC Breakfast sofa and Radio 5 live on numerous occasions discussing athlete preparation, injury prevention and injuries to leading athletes and a regular contributor to the BJSM podcast programme.
In 2007 He formed a Research partnership with Dr Eanna Falvey when both were working at University of Melbourne, this research has led to numerous publications on groin pain,fascial injury, injury prevention and sports medicine anatomy. They co-wrote Clinical Sports Anatomy the leading Sports Medicine anatomy text.
Current research interests include: the biomechanics of groin pain, the expedited return to sport following groin injury, exertional lower limb pain and running re-education.
Professional interests include sport injury, unexplained underperformance in athletes, chronic groin pain, lower limb overuse injury, and the management of high performance load and recovery alongside the biomechanics of running for performance.

Past Affiliations with Teams

Online
Management of the most challenging running related injuries

Online
Warm up exercises for Tennis with Joe Collins

SSC would like to reassure you that we will be maintaining continuity of all our services during COVID restrictions.

All of the hospital`s departments will continue to care for our patients with the implementation of comprehensive infection control precautions to ensure your safety and that of our staff during your visit to SSC.

In compliance with social distancing and infection control protocols, SSC has modified patient pathways through the Clinic, ensuring enhanced safety measures are in place. We would kindly ask that you follow the instructions and advice of our staff in this regard.