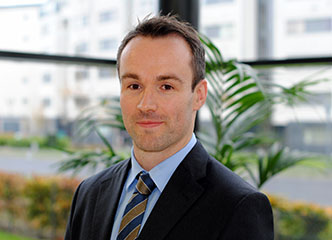 He then completed fellowship training at the Sports Surgery Clinic, Dublin and University of British Columbia, Vancouver.

He has a wealth of team experience working as team doctor for Irish international underage male and female teams including Irish soccer teams(U15-U19) and the Irish rugby U20 World Cup team in 2015. He was head of medical services in Munster Rugby 2015-2016 and was the lead doctor for Leinster Rugby 2016-2017. He was Irish team doctor for the 2015 European games in Azerbaijan as well as the Rio Olympic and Paralympic Games 2016.

Jim has recently returned from the University of British Columbia where he was the doctor to the university sports teams across 25 different disciplines and he continues to work with a multitude of sports and athletes as they prepare for Tokyo 2020 through his role as Sports Physician at the Irish Institute of Sport.

Jim was an active sportsman who held a professional development contract with Leinster Rugby following completion of his initial medical training and also represented Limerick Gaelic Footballers at midfield from 2008 to 2013 going on to play in two Munster Finals and an All-Ireland Quarter Final.

He has published chapters in the renowned Brukner & Khan’s 2019 Sports Medicine Text and also Triathlon Medicine text. His current research topics include effects of running on cartilage and non-surgical management of knee osteoarthritis. He has a special interest in foot and ankle issues, tendons and stress fractures, promoting physical activity in all age groups and treating musculoskeletal conditions in adolescent and elderly populations. He performs joint and tendon injections using ultrasound guidance.

SSC would like to reassure you that we will be maintaining continuity of all our services during COVID restrictions.

All of the hospital`s departments will continue to care for our patients with the implementation of comprehensive infection control precautions to ensure your safety and that of our staff during your visit to SSC.

In compliance with social distancing and infection control protocols, SSC has modified patient pathways through the Clinic, ensuring enhanced safety measures are in place. We would kindly ask that you follow the instructions and advice of our staff in this regard.