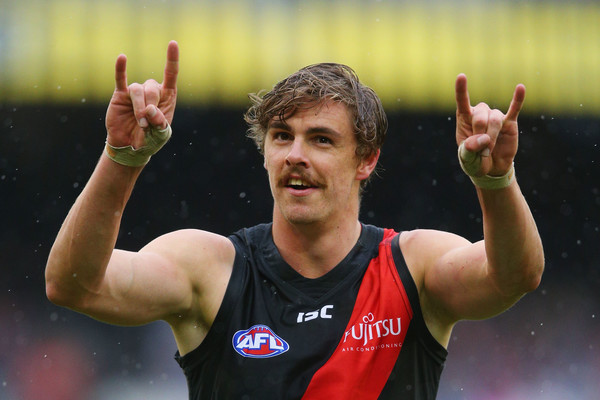 This article by Peter Ryan was published in ‘The Age’ on March 5th. (Photo by Getty Images)

Motion analysis cameras in a laboratory in Dublin could be the keys that unlock the solution to Essendon star Joe Daniher’s injury problems as the 26-year-old makes slow yet steady progress towards returning to the game.

At the Sports Surgery Clinic (SSC) just three kilometres from the Irish capital’s airport, 3D biomechanics were used to digitise the forward’s body so expert analysts could determine what needed strengthening to resolve the groin problems that have restricted Daniher to just 11 games in two years.

Dr Andy Franklyn-Miller, an Englishman who lived in Melbourne for a period, is the director of SSC sports medicine and responsible for the team that established, in consultation with Essendon, the rehabilitation program that Daniher and teammate James Stewart have turned to in attempting to fix their troublesome groins.

“We use 3D biomechanics … the same system that Disney/Pixar would use in a much more expanded way to digitise actors. We have focused on digitising athletes,” Franklyn-Miller said.

He calls the result “a movement MRI” that allows those charged with getting an individual experiencing groin pain back on track to make an objective assessment of the body so they can target specific areas for rehabilitation.

By strengthening key areas an athlete is able to absorb their workload rather than pushing through the pain initially, as Daniher did, before it becomes too hard to ignore.

Franklyn-Miller won’t talk in specifics about Daniher, nor any athlete who attends their facility, however he says the clinic’s head of performance rehabilitation Enda King takes a holistic approach, targeting areas identified as causing the groin pain rather than working directly on the spot the athlete feels is sore.

“Focus away from what is sore because everything is sore … let’s work out why you got sore in the first instance,” Franklyn-Miller said.

Surprisingly Franklyn-Miller’s research found the ankle to be a critical joint in determining the ability of some individuals to handle huge workloads without experiencing groin pain however each individual’s make-up is different with knees, hips and pelvis bones all accruing different levels of stress.

What is not different is the approach taken to building an athlete’s resilience.

“What we are trying to do is create an increase in capacity, making changes that give more wriggle room or more room for error.”

That won’t be new for Daniher, who did strength work early in his career as the club was aware of his family history of knee problems and the experiences of his brother Darcy, who struggled with soft-tissue injuries.

But the focus that comes with attending such a specialist clinic will be unfamiliar, with most athletes who attend the Dublin clinic with groin problems spending a fortnight there so improvement can be tracked before clubs take over, with the individual occasionally returning to top up the clinic’s knowledge.

No one at Essendon doubt’s Daniher’s diligence at every point in the past two years in attempting to rectify the issue and return to the game he loves and the Bombers remain comfortable with his progress so far in 2020.

Coach-in-waiting Ben Rutten said at the Essendon FC Network launch on Wednesday the club’s focus was on setting the free agent up to perform for the rest of his career rather than worrying about setting a date for the All-Australian’s return.

Franklyn-Miller is confident in the overall potential of the SSC program to help athletes experiencing groin pain.

“If we can make you quicker in terms of change of direction and absorb more load as part of that rehab process then it makes sense you have an opportunity to improve,” Franklyn-Miller said.

Essendon supporters can only hope, but what they do know is that everything is being done to get the spearhead back in attack.

Dr Andy Franklyn-Miller on the best type of exercise as we get older.

In the first-ever episode of The Senior Times Podcast, presenter Mike Murphy interviews President Michael D Higgins and Director of SSC Sports Medicine Dr Andy Franklyn-Miller.  “The WHO tells us in very broad terms that 150 minutes of exercise per week shows some evidence in reducing your blood pressure by 10mg of mercury” During his […]
Read more

Dr Andy Franklyn-Miller on the best type of exercise as we get older.

Information about our response to the CORONA VIRUS (COVID-19)

Information about our response to the CORONA VIRUS (COVID-19)

The Brainstorm Long Read: understanding the pattern of Anterior Cruciate Ligament injuries is key to managing the risk for players at every level. This article by Aoife Ryan-Christenson was published on RTE’s Brainstorm in September 2019. “I heard the pop and then when I fell, I tried to move it. Then I heard the crack […]
Read more

Dr Barry Sheane, a Consultant Rheumatologist at  Sports Surgery Clinic, joined Dave Hooper on Shannonside Radio to discuss what people can expect at SSC’s Public Information Meeting in the Hodson Bay Hotel on Monday, February 10th. Click here to listen to the interview in full Dr Barry Sheane will be joined in Athlone by the […]
Read more

In this interview with Melbourne based Radio Station, SEN Breakfast, Dr Andy Franklyn-Miller, Director of SSC Sports Medicine, discusses SSC’s unique approach to rehabilitating hip and groin injuries and how SSC can assist clubs in return to play of injured players. Click here to listen to the interview For further information on hip pain or […]
Read more

Due to the ongoing situation with COVID-19 in the community, all visits to
patients have been suspended with immediate effect.

This decision has been taken in the interest of patient safety and staff
safety, which remains our primary concern.

DROP OFF AND PICK UP

Patients attending for admission or out patient appointments should only
be dropped off and collected. Children are not permitted unless attending
as a patient.

Those requiring assistance may be accompanied by one person.

We thank you for your cooperation and understanding.

At this time, we must all work together in the national interest.

If you answer Yes to any of the following questions please contact your consultant’s secretary / relevant department to reschedule your appointment.

Anyone who has been to an affected area in the last 14 days AND is experiencing symptoms should phone their GP for advice. Symptoms associated with COVID-19 are cough, high temperature, shortness of breath and difficulty breathing.