Information about our response to the Coronavirus (COVID-19) Learn More 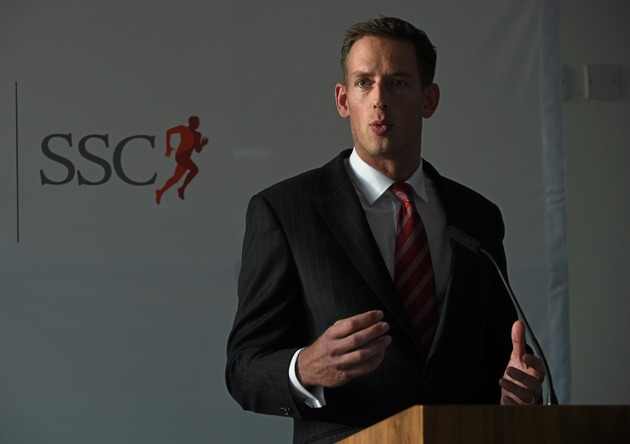 NEXT season the senior squads from five prominent rugby-playing secondary schools in Dublin will take part in a ground-breaking pilot study aimed at improving the understanding and treatment of concussion.

In August the players will undergo a battery of eight cutting-edge tests — cognitive, vestibular, eye-movement and others — and then will be monitored throughout the season. Any concussive event experienced during play will result in immediate access to treatment, monitoring of symptoms and rehabilitation.

A safety net for privileged kids playing a privileged sport? No. The idea is that the data collected goes towards creating a framework for the safe management of all adolescent athletes who have suffered a concussion.

The programme, to be announced officially later this week, should help to reduce concerns about an injury that threatens to reduce rugby’s popularity as a participation sport. Already there is anecdotal evidence of reduced playing numbers in first and second year of certain rugby-playing schools.

Nor has rugby’s image been helped by the proliferation of documentaries on concussion. RTE’s Hidden Impact told the disconcerting story of Jake Warde, a Blackrock schoolboy whose concussive episodes left him watching TV through sunglasses, being unable to recall conversations soon after they happened, and suffering migraine in his Leaving Cert year.

Oral maxillofacial surgeon Cliff Beirne, an ex-team doctor like so many of the research team and heavily involved in the IRFU’s Charitable Trust, says parents and players should be encouraged by a programme which took two years to put in place and which is being funded entirely by the SSC, to the tune of €700,000.

“There’s a lot of fear about concussion and a lot of negativity,” says Beirne. “Everyone is a concussion spotter and team doctors are often under incredible scrutiny. There have been well-documented cases that haven’t been managed well in different sports but this study shows parents and their children that we’re looking to rehabilitate their concussion in the same way as we’d rehab any injury, using the best of medical knowledge and evidence-based research.

“There’s been very little good research done on concussion in adolescents. What’s happening is they are treated almost like mini-adults, just given longer rest periods post-concussion. Obviously there will be strict adherence to the 23-day ‘time out’ guideline prescribed by the IRFU. The key is that we’ll be able to come up with individualised rehab programmes, rather than the ‘one-size-fits-all’ protocol that’s currently in place.”

The schools involved were chosen because of their proximity to St Vincent’s University Hospital, and pre-existing pathways of clinical care for their concussed players with the hospital’s emergency department.

However, according to Dr Andy Franklyn-Miller, the SSC’s director of rehabilitation and research, the aspiration is to acquire funding for a much broader scheme, ultimately available to all secondary schoolchildren involved in contact sports. “Two-hundred is the minimum number we can have to get good data but this evidence should be enough in order for us to apply for significant funding. As soon as we can unlock some funding for it, we’ll be very keen to broaden its availability,” says Franklyn-Miller.

“Most concussion research has been about making a diagnosis of concussion but that’s not our area of expertise. We see patients for rehabilitation and at the moment, nobody has yet to do a study which uses all of the various evidence-based tools at the one time.

“What we’d like to be able to do in a year’s time is to say: Look, we think that say, three or four out of these eight tests are important in creating a ‘concussion passport’ and that passport can follow the boy through school or club or even across sports.

“Initially it will be by a web-based platform, but half-way through the year we hope to have it app-based so they’ll be able to show their GP or show A&E what their base-line tests were, so it will improve patient care.”

How refreshing to report a positive, Irish-led initiative towards managing a thorny issue.

As Part of Hand Hygiene day SSC Hand Hygiene promotion team have organised a video production. We had many of our staff get involved in this event. Stay tuned for our video, coming soon...
Read more

In this Podcast published by Senior Times Magazine, Mike Murphy interviews Mr Ray Moran, Consultant Orthopaedic Surgeon specialising in knee pain and Medical Director of Sports Surgery Clinic. During this interview, Ray discusses his career in Orthopaedics, his vision for founding the Sports Surgery Clinic and how the perception of the athlete has been redefined in recent years. They also discuss how orthopaedic surgery such as knee replacement or ACL repair has developed over the past few years and how someone can be referred to SSC.
Read more

Evening for Golfers – A selection of Photographs

A selection of photographs from Sports Surgery Clinic’s ‘Evening For Golfers’ series which took place in several Golf Clubs earlier this year. These events focused on the prevention of back pain and exercises to improve golf performance and minimise the risk of injury when playing golf.
Read more

Evening for Golfers – A selection of Photographs

Athletes aren’t just considered the people we watch at games or on television but an emerging generation of people who refuse to succumb to a sedentary lifestyle as they get older; the 80 year old gentleman who still cycles 10 miles a day; the 76 year old lady who likes to climb Croagh Patrick; the 69 year old who enjoys completing the Dublin marathon every year. Read this blog by Mr Gavin McHugh, Consultant Orthopaedic Surgeon at Sports Surgery Clinic with a special interest in knee surgery and hip surgery.
Read more

Dr Cruciate: Surgeon Ray Moran on growing up with his famous brother Kevin and getting the cream of Irish sport back on track

The Big Interview: Surgeon Ray Moran talks about getting Jon Bon Jovi back on stage, growing up alongside his famous brother Kevin, working with the cream of Irish sport and getting them back on track plus why surgery is not always the best option and how doctors should treat the patient, not the scan or the X-ray…
Read more

Dr Cruciate: Surgeon Ray Moran on growing up with his famous brother Kevin and getting the cream of Irish sport back on track

Heel strike when running – good or bad? by Colin Griffin

This is a topic that has generated plenty of recent interest and debate among runners, coaches and sports medicine practitioners. Many runners change their foot strike pattern from heel strike to mid-foot or even forefoot strike. Others claim that there is nothing wrong with a heel strike. Let’s take a look at the mechanics of running and the impact of a heel strike from an injury and performance perspective. by Colin Griffin, Running Coach at Sports Surgery Clinic.
Read more

Heel strike when running – good or bad? by Colin Griffin

Our team of Strength & Conditioning Coaches at Sports Surgery Clinic created the following sheet of exercises aimed at helping you prepare for your round of golf.
Read more

SSC Celebrate International Nurses Day 2020 with cakes for all nursing staff to thank them for their hard work and dedication to caring for patients at SSC. A message from Breda Brennan Director of Nursing.
Read more

In light of the Coronavirus pandemic, Sports Surgery Clinic has committed its facilities and resources to the HSE until further notice.

This partnership, which includes all private hospitals, will provide a significant boost to the HSE, providing it with added resources and capacity to treat those patients that need hospital care over the coming period.

This means that many of our treatments have been suspended and we are reviewing all planned procedures and consultations.

If you recently had an orthopaedic procedure at SSC or are currently undergoing treatment at the clinic, please contact your consultant's secretary/department directly.

SSC does not have an Accident & Emergency Department and does not accept walk-in patients. If you require urgent medical attention, please go to your nearest acute hospital.