Home > News > ‘Do not shrug off Shoulder Pain’

‘Do not shrug off Shoulder Pain’ 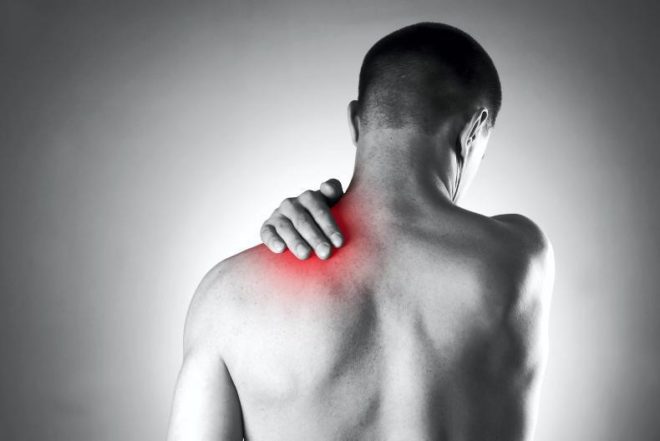 We use our shoulders a lot, to lift, push, dig. While the shoulder is the most flexible joint in the body, it can be prone to injury precisely because of its flexibility, writes Margaret Hawkins.

Shoulders shattered in accidents, shoulders dislocated during sporting events, rotator cuffs torn by a fall and shoulder joints damaged by arthritis – these are some of the cases that Dublin-based consultant orthopaedic surgeon Hannan Mullett deals with every day.

The youngest shoulder patient Mr Mullett has operated on was 12 – a sports-related shoulder dislocation – and the oldest was 92. This woman had a shoulder joint replaced.

While most of the operations he performs are sports-, arthritis- or rotator-cuff-related, he also works in the national neurosurgical centre in Beaumont Hospital. “We therefore see a fair amount of accident cases as well,” he says. He explains the structure of the shoulder: “The shoulder is made up of two bones and it’s a ball and socket joint, which means that the end of the upper arm bone fits into a socket in the shoulder blade.

Is a sprained shoulder a real condition?

No, not really, he says. “People throw the term ‘sprain’ around too loosely to describe any type of shoulder pain,” he says, “but often what they have is rotator cuff tendonitis. That’s inflammation of the rotator cuff. The tendon is inflamed and the top of the tendon may be pinching against a bone in the shoulder called the achromion. That’s as close as you get to ‘sprain’.

“Rotator cuff tendonitis is a very common condition. Probably about 80% of people with it can manage without any surgery – getting physio, taking painkillers or anti-inflammatories or perhaps having steroid injections, which can be very helpful. Keyhole surgery may be necessary in some cases, and it is generally successful when it’s done,” he assures.

The most common operation in middle-aged and older patients is one for rotator cuff repair, he says. These rotator cuff tears and arthritis-related shoulder problems are equally common in men and women.

But what exactly is a rotator cuff injury? “The rotator cuff is a group of internal muscles of the shoulder that power it. It can tear, however, and it’s probably the most common shoulder condition. It can either be a traumatic tear, where somebody has an accident, for example, they trip over the dog and land on their shoulder and tear the tendon; or, over time, the tendon just becomes frayed. That is, to some extent, due to age, but there can be a genetic component as well.

The most common sports shoulder injury he deals with are shoulder dislocations, and these happen to two groups of people: younger males, who play contact sports, and those who have had accidents.

“The sports involved include Gaelic football and hurling, rugby and, to a lesser extent, soccer. Those who need surgery because of an accident could just have fallen off their bike,” he explains.

Hannan Mullett treats athlete patients from school age to international level. “It is always a great pleasure to see a player return to the same level [after surger]). In younger patients, stabilisation surgery for shoulder dislocations is the most common kind of surgery I do.”

In older patients, dislocation of the shoulder can be due to a tear of the rotator cuff. “If you’re over the age of 40, it’s probable that dislocation is due to this tear, rather than a sports injury.”

Dislocation sometimes needs intervention, he states. “These days we would generally operate after the second dislocation for recreational-level players, but more and more we operate after one dislocation in high- level players – inter-county, high-level rugby players – but for school-boy soccer players we would probably allow them to dislocate a second time [before deciding to do shoulder stabilisation surgery on them].”

Is that because they are such valuable players? “If you are a contact player and playing for your county in the senior squad and dislocate your shoulder, the chance of re-dislocating it is so high that you are probably just better off getting it fixed when it happens the first time,” he says.

Shoulder replacement surgery is becoming more common now too, he adds and can be very reliable in eliminating pain and restoring function. If he was a hip or knee surgeon, joint replacements would be the bulk of his practice, he says, but replacements are only a small part of his workload at present.

“I probably do about 80 to 100 shoulder replacements a year, but it is becoming more common. The technology and material science advances in shoulder replacement have progressed, particularly over the last five to 10 years, so it is a lot more successful than it used to be.”

“It’s easier now to give older patients anaesthesia for surgery, so people who would have been turned down for surgery 10 to 15 years ago are not being turned down now,” says the surgeon.

“There are also now replacements available for patients who have both arthritis in combination with a bad rotator-cuff repair (reverse geometry shoulder replacement), which work very well in reducing pain and restoring function, often in quite elderly patients,” he explains.

He treats a lot of farmers at his clinics, including Cappagh hospital. “I often tell my trainees that if I only treated sportspeople and farmers I would be a very happy man! They are generally very easy to deal with and eager to get back to work – maybe sometimes a little too early.

“One small point about farmers, though: they are often very stoical by nature and tend to put injuries on the long finger. They sometimes present with conditions such as rotator cuff tears that have been left so long that they are either beyond repair or the results are not as good as they would have been if they had sought medical attention earlier,” the surgeon warns.

Many people experience what’s called a “frozen shoulder”, involving shoulder pain when moving the arm backwards, for example. So why exactly does this happen?

“The answer is that we don’t know. Frozen shoulders are more common in women than men and between the ages of four and 60. Some conditions predispose you to it, like diabetes or hypothyroidism (underactive thyroid), but there is no reason for the vast majority of frozen shoulders; they just happen,” says Mr Mullett.

“They tend to be more common in patients who are active, rather than those who are sedentary and overweight. The patient generally presents with a painful shoulder and a restricted range of motion. Over nine to 12 months, on average, the pain resolves and the movement comes back.

“Steroid injections work very well for getting rid of pain for that. The injection is into the shoulder joint and the space above the tendon.

For some people, the pain doesn’t go away, or they may remain very stiff. In those cases, there is an option to do keyhole surgery as well, but that’s generally about 10% of those who get frozen shoulders,” he says.

“Most of the time though, with a surgical team working together, it is possible to put them back together again. This kind of surgery can also be very satisfying, as it is a challenge to sometimes come up with custom solutions to a particular problem,” he explains.

While arthritis and rheumatoid arthritis (RA) do affect shoulder joints, surgeons no longer do as many operations on those with RA, because the medication has improved.

“Treatment for rheumatoid arthritis has improved dramatically over the last 10 to 20 years,” he says. “A lot of patients would have needed hip, knee and elbow replacement in the past but, because of modern medicine and various types of biological treatment, the impact of the disease on joints has been greatly reduced. If you have RA at the age of 20 now, you can go on to have a relatively normal life.”

He likes this kind of work because it is a practical area of medicine, he says. “Orthopaedics is a great speciality, as most patients get better and the results are seen quickly. Someone comes in with a torn rotator cuff, for example, and you fix it, so for the patient and the doctor, it’s a kind of satisfying thing.

“Orthopaedic surgery suits people who are mechanically-minded. There’s a good blend of medicine, fine engineering and material science in what we do, and you also get to deal with a wide variety of patients, which is good.”

Hannan also specialised in shoulder surgery, he says, as it was a field that was advancing rapidly, particularly with the development of arthroscopic (keyhole) surgery. “Approximately 80% of operations can now be performed by this method,” he says.