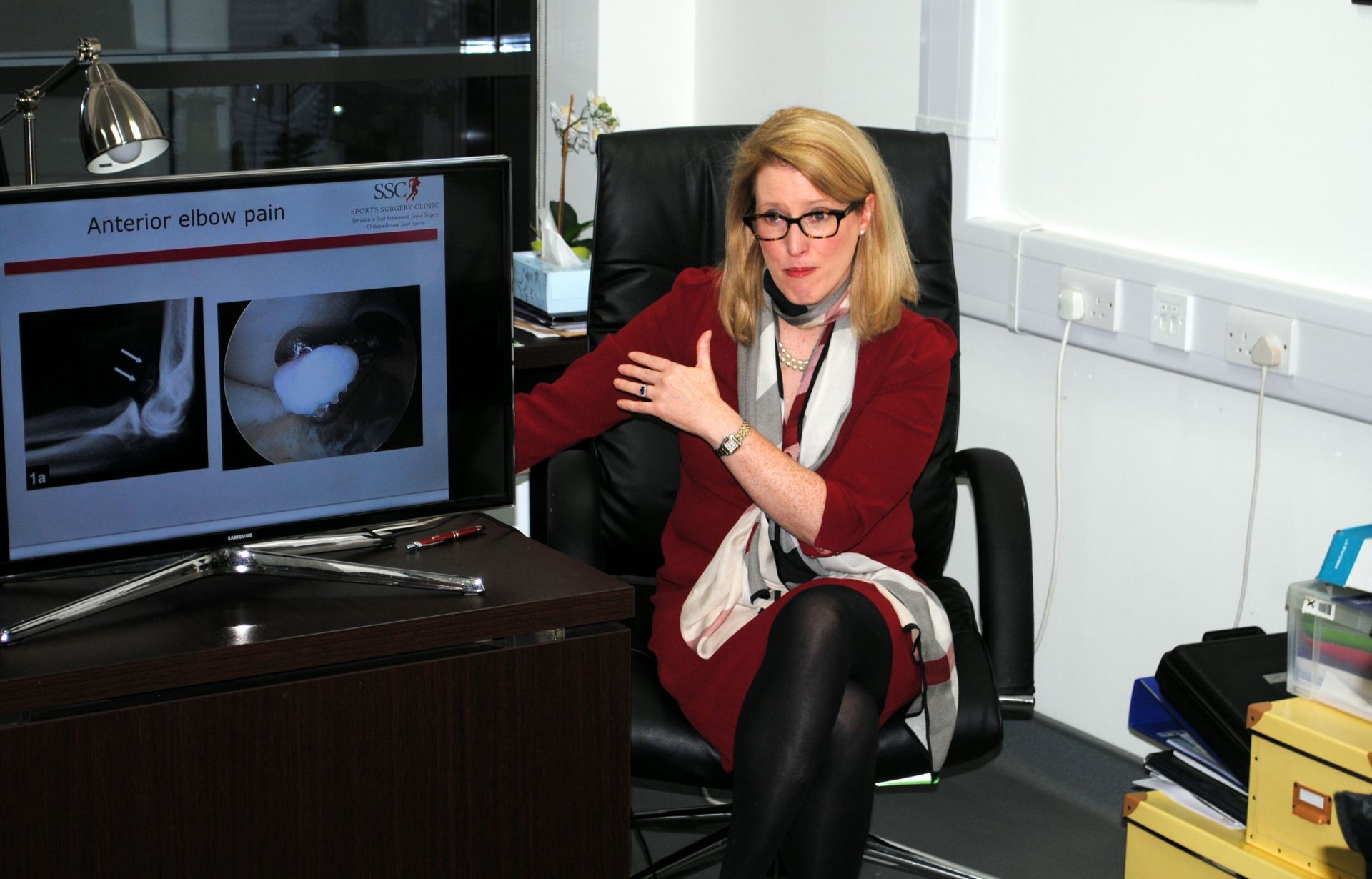 Home > News > ‘Tennis Elbow: Is it all about the Backhand?’ by Ms Ann-Maria Byrne

‘Tennis Elbow: Is it all about the Backhand?’ by Ms Ann-Maria Byrne

“Tennis Elbow” or Lateral Epicondylitis causes pain over the outside of the elbow. Studies have shown that up to 50% of recreational “for fun” tennis players will develop symptoms at some stage[1, 2]. The condition occurs less in professional players, presumably due to better technique and equipment[3]. It usually affects both men and women between 30 and 50 years of age [2]. And, contrary to its name, the condition is linked to playing tennis in less than 5% of cases. 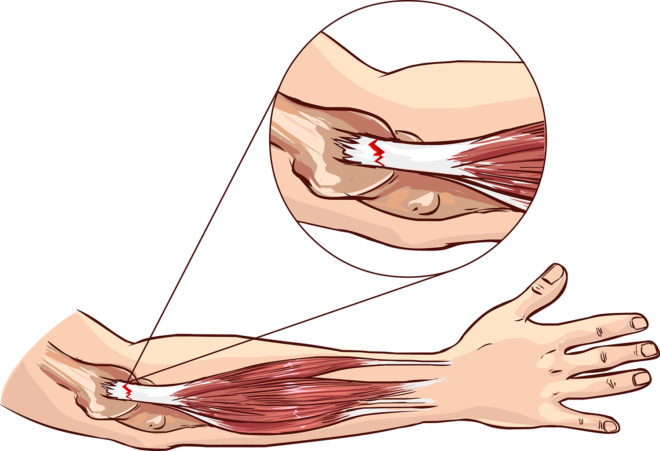 Lateral epicondylitis is essentially a repetitive stress or overuse injury. It can occur with any activity where there is repetitive extension and/or twisting of the wrist[3,4]. The condition is caused by degeneration or tears of the tendons attaching to the bone on the outside of the elbow (lateral epicondyle). The Extensor Carpi Radialis (ECRB) tendon is most commonly affected. This tendon is involved in extending the wrist joint and is active while gripping with the wrist extended – such as when holding a tennis racquet. Other activities such as prolonged use of a computer mouse and typing at a keyboard have been implicated. Plumbers, painters, carpenters, butchers and chefs are groups at risk due to their wrist motion in their line of work. 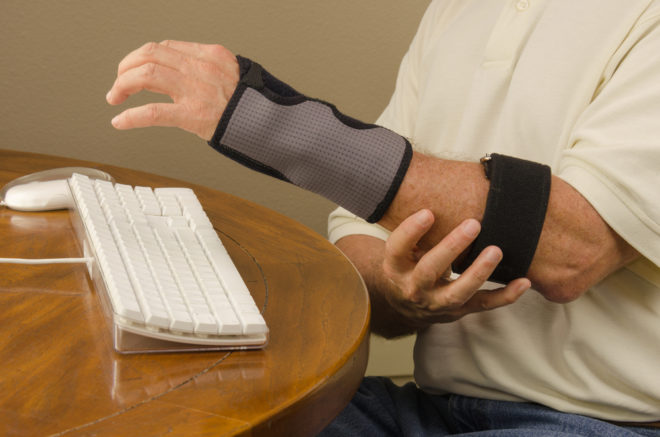 In tennis players, the backhand stroke causes injury by overloading the wrist extensor muscles attaching into the lateral epicondyle. This stroke can be performed using a one-handed or two-handed technique, however, the one -handed approach is more commonly associated with elbow injury[5]. Incorrect grip size of racket handle has been found to cause increased force transmission to the elbow increasing injury risk[6]. Also reports are emerging that decreasing grip strength and relaxing forearm muscles in the follow-through phase of the back- hand stroke can help prevent “Tennis Elbow” in recreational tennis players[3,5,6]. 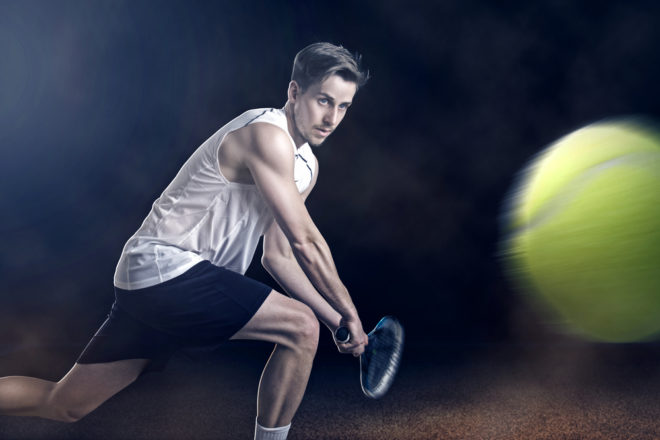 Other conditions can cause symptoms that mimic tennis elbow and need to be ruled out. These include arthritis of the elbow, ligament injuries, neck problems, nerve entrapment, and shoulder impingement. History and clinical examination usually guides your doctor to the diagnosis. Further imaging such as an MRI scan may help identify the severity of the condition, and any underlying pathology[7].

There is no consensus on the definitive treatment of lateral epicondylitis. However a period of non-operative treatment is recommended before considering surgery. Most cases are self-limiting and resolve with rest within 6 to 12 months. However, for some, especially the keen tennis player, this wait-and-see approach may not be feasible. Conservative treatment may involve a combination of eccentric stretching exercises with physiotherapy, bracing and injections[8, 9].

With a failed trial of non-operative treatment, surgical release and/or repair of the tendons at the lateral epicondyle can be performed. Studies of functional recovery after surgery have indicated that patients can typically return to play within 3 to 6 months [10]. Prevention programmes focused on warm-up stretches, and equipment modifications such as racquet grip sizing are important in the long term management of the condition[6]. Lifestyle changes may be required in those who have an occupational risk of the condition such as rest periods, equipment adaptation and avoidance of repetitive wrist extension.

‘When I was 40, my doctor advised me that a man in his 40’s shouldn’t play tennis. I heeded his advice carefully and could hardly wait until I reached 50 to start again’  Hugo L. Black

Dazed and contused: Tackling concussion in women head on.Females playing team sports are significantly more at risk of getting a head injury than men, with research suggesting it could be due to a difference in their neck strength and brain physiology
Read more