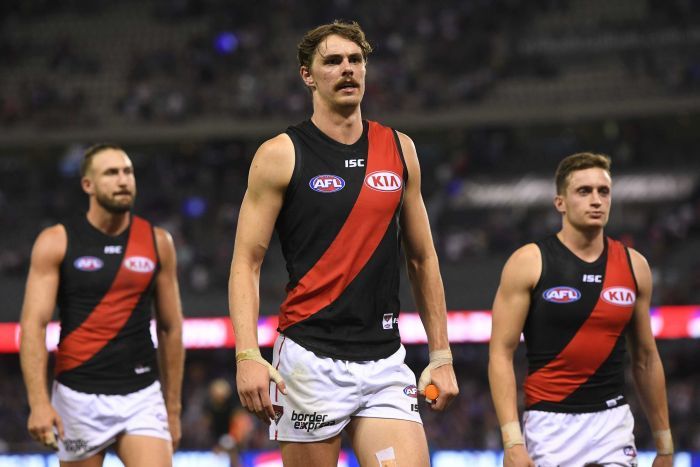 Home > News > Ready to return: Daniher back to Bombers ahead of schedule

Essendon forward Joe Daniher will return to Bomber headquarters ahead of schedule on Thursday to begin preparations for 2020 after his heavily-publicised bid to be traded to Sydney in October failed.

Essendon’s senior players aren’t required to return to the club until Monday, but Daniher has decided to settle in early as he looks to get his career back on track following two frustrating, injury-interrupted seasons.

The Bomber forward is expected to work closely with new strength and conditioning coach Sean Murphy, who was recruited from the Hawks for 2020 with David Rundle promoted to become the club’s senior physiotherapist. Former Bombers’ star Blake Caracella has also joined the club as an assistant coach.

Club sources expect the popular Daniher to take the return to Essendon for this season in his stride despite the failed trade request, with the priority being getting his body right to regain his best form.

Daniher has played just 11 AFL games since being an All-Australian in 2017, but showed he had lost none of his brilliance by kicking four goals against Collingwood on Anzac Day in just his second match for the season in round 6.

The star forward was ruled out for the season midway through 2019 due to ongoing osteitis pubis issues, and was sent to Sydney for an adductor release with the same surgeon that fixed Swans’ trio Lance Franklin, Harry Cunningham and now delisted forward Daniel Menzel performing the operation.

Although it had been unusual in the early part of this decade for players to not have their trade requests met, Daniher’s situation has become increasingly common, with Adelaide’s Bryce Gibbs and West Coast’s Tim Kelly having great seasons with Carlton and Geelong respectively in the year after their trade requests were denied at the end of 2016 (Gibbs) and 2018 (Kelly).

Sydney’s Tom Papley has already returned to training with Sydney this pre-season after being unable to get to Carlton, with the Swans unwilling to trade him until Essendon traded Daniher.

Daniher will be a restricted free agent at the end of 2020, but the club is determined to shift the focus towards his preparation rather than his future beyond this season in the hope that he has a productive and enjoyable year at the Bombers.

Essendon CEO Xavier Campbell made it clear in a letter to members in October that there were no hard feelings towards Daniher, praising the 25-year-old’s professionalism during the exchange process and pledging that the Bombers will get behind him in 2020.

“He will continue to be supported by his coaches and teammates and the broader club, and I know our members and supporters will also do the same,” Campbell said.

Bombers’ coach John Worsfold, who will enter his final season as senior coach this year with Ben Rutten to succeed him in 2021, told SEN he was very confident Daniher would approach the pre-season in the right manner.

“All my experience says nothing changes with a player’s attitude,” Worsfold said.

“They’re driven young athletes that want to achieve and perform at the highest (level) they can, regardless of what may have transpired in terms of possibility. They commit and when they get through a season, they sit down and reflect on that again.”